From the age of about 40 degenerative changes in the optical and neural characteristics of the visual system result in a steady but complex decrease in visual acuity. Put more simply as people age their vision becomes more blurred; they can see big things just as well, but have difficulty with the details.

The decrease in visual acuity of the healthy eye has been thoroughly studied by vision scientists, ophthalmologists and optometrists. Vision scientists tell us that vision uses a number of channels that each deal with a different size, or spatial frequency, of visual features. They point out that the standard eye test (see Figure 1), which is the optometrist’s usual measure of visual acuity, only accounts for a minority of these channels 1. Optometrists and Ophthalmologists have devised a better approach to assessing visual ability; contrast sensitivity.

figure 1 A example of the standard eye test

Contrast sensitivity tests the full spectrum of vision, from high to low contrast and from small to large objects. Contrast sensitivity is defined by the minimum contrast required to distinguish between bars on a uniform background 2. Essentially, the person being tested is shown sine wave grating charts (see Figure 2) which always have the same average luminance (i.e. brightness), but differ in the contrast between the light and dark bars and the spatial frequency. The spatial frequency is defined as the number of cycles (i.e. one dark and one light bar in the grid pattern) subtending one degree of visual angle at the observer’s eye. When the contrast is too low the viewer will just see the pattern as uniformly grey. So at each spatial frequency the minimum contrast required to see the bars is recorded as the contrast sensitivity threshold. 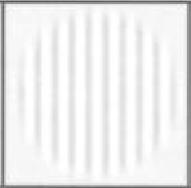 figure 2 A example of a sine wave grating chart

Numerous studies have looked at how acuity changes with age, however many did not examine at the contrast sensitivity function or used flawed optometric techniques. AccessibleSight, is based on the most authoritative and widely accepted examination study of how acuity changes with age. Owlsely and her colleagues determined the contrast sensitivity functions of 91 people aged between 20 and 80 3. Everyone underwent extensive eye examinations to ensure that subjects with defective vision were either excluded from the study or given glasses that fully corrected the problem. The results, some of which are depicted in Figure 3, showed that from the age of 40, contrast sensitivity at higher spatial frequencies starts to decline until at the age of 80 it has been reduced by up to 83%!

Why does contrast sensitivity deteriorate with age?

Changes in both the optics and neurons of the eye are the cause of reduction of contrast sensitivity with age. As the eye ages, the pupil decreases in size (senile miosis), and the eye’s lens becomes less transparent 4. These changes both act to reduce the amount of light reaching the retina. When the retinal illumination for 20 years olds is reduced to approximately that of a 60 year old most of the difference in contrast sensitivity is eliminated 3. The remaining difference is thought to be caused by neural changes behind the retina such as the decreasing number of cells in the retina’s ganglion cell layer 4.

previous
About Every Eye Every
next
The problem of colour-blindness